Presevo – Minister of Labor, Employment, Veterans’ and Social Affairs, Aleksandar Vulin, will, today, visit Presevo, where a large number of migrants stay on a daily basis. One of the office buildings with a restaurant should be adapted for the temporary accommodation of these people.

Presevo – Several dozens of asylum seekers, who had illegally come to Presevo across the Macedonian-Serbian border, were taken care of by the physicians of Nis military hospital at the point for triage and emergency care.

The final list of candidates who were selected at the call for applications of the Coordination Body’s Office  of the Government  of the Republic of Serbia for the Municipalities for Presevo, Bujanovac and Medvedja for scholarships for studying at the University of Novi Sad and the University  of Belgrade in  2015/2016.

Source: Coordination Body of the Government of the Republic of Serbia

CERTIFICATES FOR TEACHERS OF SERBIAN AS A SECOND LANGUAGE

President of the Coordination Body, Professor Zoran Stankovic, and Deputy Minister of Education, Science and Technological Development, Zeljana Radojicic-Lukic, awarded to the teachers of Serbian as a second language certificates of undergone training, which is part of the program of their advanced training.
more 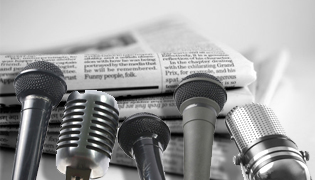 Primary school teachers who teach Serbian as a second language will be awarded certificates of undergone training, which is part of the program for their professional improvement, at the “Vuk Karadzic” community center in Bujanovac, at 2 pm on Thursday, June 18, 2015. The certificates will be awarded by the President of the Coordination Body, Prof. Zoran Stankovic, PhD, and by Deputy Minister of Education, Science and Technological Development Zeljana Radojicic-Lukic.

200 MIGRANTS REPORTED IN PRESEVO PER DAY

Presevo – The UNHCR spokesperson Mirjana Milenkovski said that since June 5, 2015, the organization had distributed 619 hygienic and food packages to refugees in Presevo, who were mostly from Syria and Afghanistan.

NEARLY A QUARTER OF EMPLOYEES IN PCINJ DISTRICT HAVE ILLEGAL EMPLOYMENT

On the occasion of emergency inspection that the Labor Inspectorate carried out in the territory Pcinj District, it was found out that of 344 caught workers, 74 of them hadn’t been reported for  the compulsory social insurance, stated the Ministry of Labor of the Republic of Serbia.

METHODOLOGY FOR ESTIMATING THE NUMBER OF INHABITANTS IN SOUTH SERBIA ADOPTED

Today, an agreement on the methodology for estimating the number of inhabitants of the municipalities of Presevo, Bujanovac and Medvedja was reached at the Palace of Serbia, based on which the estimate of the total number of inhabitants in the three municipalities in 2011 will be calculated.  The estimate calculated by using this methodology will be further used instead of the invalid data from the 2011 census, thanks to which the problems with deciding on public policies that are based on those data would be solved.

The Fair of CSOs from South Serbia, which is organized by the TACSO Resource Center and the city of Vranje, will be held in Vranje on June 17, 2015.
more
«Претходна страна   Следећа страна»